Acknowledging white privilege – It is not about being ‘woke’

Since the National Hemp Association began its Standing Committee for Social Equity (SCSE) last year, the response has been overwhelmingly positive. It is our goal to remain vigilant about addressing social equity issues. However, I was recently dismayed to get an email in response to a post about the committee saying: (edited for vulgarity)

“Don’t go f*@$ing WOKE on me stupid sh@#s! Makes me not like you guys!
We we already in good shape until this dips@$t Communist Dictator Biden got APPOINTED as our president!”

Profanity and bad grammar aside, it highlighted the necessity for us, particularly white people, to have an open conversation.

I am a white woman, and as a woman I understand a little bit what it means to be diminished. To not have equal pay, to be marginalized and what it means to be part of the ‘me too’ movement. I also recognize that for as bad as that is, it is a fraction of the disempowerment that a person of color faces, Not to mention a woman person of color. It doesn’t begin to compare to the fear that people of color, Asians and other marginalized groups live with each.

I recall many years ago being in a conversation with a group of black men. I was told that I am directly responsible for slavery, lynching, the massacre of indigenous people and every other namable atrocity. My initial reaction was anger, denial, and resentment. After all, I wasn’t even alive when those things happened. None of my ancestors were slave owners. How can any of that be my fault just because I happened to be born white? Wasn’t stereotyping and blaming me, in essence, reverse racism? 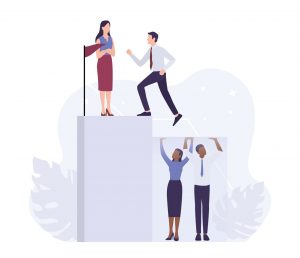 In the following years I came to realize how wrong I was on many levels. Could I even state with certainty that none of my ancestors were slave owners? What was I thinking even believing reverse racism is even a thing when I could not come up with even one real world example? With honest introspection I had to admit that even my ability to be indignant and walk away from the conversation was indicative of my white privilege.

I’ve since have had many conversations with my fellow white Americans and it is astonishing how sensitive we can be in any conversation that touches upon racism. I can’t even begin to count the number of times I’ve heard, “I’m not a racist, I have a black friend”. I would say that a small handful of those people were indeed closeted racists, but the vast majority sincerely believe themselves not to be racist, or at minimum, do not contribute to racist efforts that create societal challenges for others. Yet even those who honestly are not racist still struggle with accepting that white privilege is even a thing let alone that they have benefited from it.

I confess that I have struggled with the term at times too. I do not come from money and I have known more than my fair share of struggle over the years. From my perspective I had led anything but a privileged life. I hate to admit it, but it really was not until the tragic death of George Floyd that it became more clear to me. No, my life has not been easy, however, NEVER did I fear for my life for getting pulled over for a traffic violation. I never had to have a conversation with my children about how to protect themselves from the police or how to handle having racial slurs hurled at them. I never failed to get a job because I am white. Never did I live in a world where I had any fear of violence because of the color of my skin.

This brings me back to the comments that man made to us about ‘not going woke’. Acknowledging white privilege has nothing to do with being woke, at least not in the hyper-political way he used the term. By definition “woke” is the term used to explain an awakening to issues of race, gender, and sexual injustice. In the minds of many, the term woke has been  politically bastardized to mean ‘cancel culture’ – another popular term in the culture war.

The hemp industry gives us a perfect opportunity to lead by example to invoke awareness of challenges we all face with race. To show that diversity and inclusion is not something to be feared or politicized – it is something to be embraced and cherished. Not only is it the right thing to, it also leads to greater success for all.