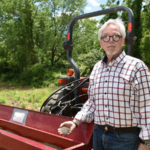 It’s been one year since I was elected Chairman of the Association and there have been many accomplishments achieved, many as a direct result of the work and efforts of our supporters and membership. I would like to reflect on the last year, acknowledge our achievements and short comings – so that we can focus on the biggest challenges that are still to come.

It’s important for me to acknowledge those who have laid the ground work in the formation of NHA. Most importantly the Board of Directors, who are guiding the organization to be able to respond as quickly as possible to the complex and mundane daily issues that come our way. We said goodbye to Cathy Hearn, who served both HIA and NHA, yet needed to focus her energy on becoming a caregiver to her aging mother. 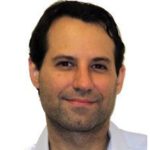 Alex Seleznov has served the organization for many years, providing the Board with accounting and financial guidance and oversight. He also has provided me with the connection to previous Boards decisions and solid support for our forward looking, “Pushing Progress” mission. The fact that he has an executive role within one of the most successful hemp enterprises in the nation, has not affected his ability to respond to any inquiry, big or small, on a moments notice. 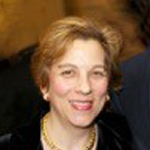 We have welcomed two new Board Members whose participation have helped us over the last year raise our profile in important areas – Standards and, Marketing/Promotion. With the addition of Christine Ianuzzi to the Board, we have been able to give NHA a presence at the premier cannabis B2B conferences in the nation and showcase the breadth and support that we have in every sector. Most recently, CWCBExpo in Manhattan partnered with NHA to launch a Hemp Pavilion carved out of their expo footprint – which not only provided the opportunity for our members to stand with us to promote their services and products, but it also allowed us to build membership and speak to a national audience and media. 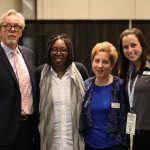 CWCBExpo afforded us the opportunity to host 2 significant panel discussions, one which gained us worldwide media attention. Some may have seen the “Surprise Speaker Series” presented by NHA – which brought together a powerful group of individuals who advocate for our industry, yet who had never appeared on a stage as important as CWCBExpo. Governor Bill Weld was the first governor to advocate for cannabis at a time that most people thought he was crazy. Mike James is the first current NFL player who has been working inside the NFL to advance CBD knowledge. Axel Bernabe is guiding the policy as it relates to CBD grow and uses in New York State and, Whoopi Goldberg continues, as she did 4 years ago – to speak about the benefits of and access to CBD while also speaking for the need to allow Tribal Councils to have the same opportunities as other farmers to grow hemp.

The second panel allowed us to address the issues important to everyone who is interested in the true industrial potential of hemp  – harvesting equipment, decortication, processing and building a market. We discussed the need to research the supply chain to understand whether processing facilities need to be within 20, 30 or up to 60 miles from farmers/growers. Through the trusted relationship NHA has developed with USDA/NIFA, we spoke about how we have embarked on establishing an Industrial Hemp Center of Excellence, with industry, farmers, researchers, investors and the public sector coming together to address the important issues of how to quickly close the gap in the 80-year absence of hemp crops in America. Our ‘Building the Hemp Supply Chain” panel allowed us to discuss the need to “get this right” and allowed us to answer the numerous questions of the very engaged attendees. 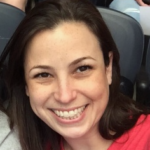 Marielle Weintraub has brought her education and deep work experience to help guide and elevate the best practices and standards that our industry will have to achieve as American grown Industrial Hemp food products becomes legal nationally and seen on the shelves of retailers across the nation. Her knowledge of FDA standards, combined with her hands on experience working with producers across the nation, have made her a valuable contributor in the drafting of the “Guidance Plan and Self-Regulated Organization” document our industry has been working to develop. Having her represent our membership at this important junction of the evolution of hemp is most welcomed.

As many of you know, and I do apologize if you were receiving numerous email blasts and updates from us – there has been a flurry of legislative and regulatory twists and turns over the last year, in States and in Washington. Yet your responses to each and every one of them has brought Industrial hemp closer to becoming legal nationally. The biggest achievement has been working with Majority Leader McConnell and his policy team as they worked to introduce the Hemp Farming Act of 2018 (S2667) in April. Once introduced, with language that we know is important to our membership, yet not perfect, we went to work to gain Senate co-sponsors while at the same time worked with the leadership in the House to update the language in the Farm Bill to be more in line with Senator McConnell’s legislative language. NHA was able to deliver a number of co-sponsors from across the nation, most importantly Minority Leader Schumer, whose own staff had advised us that he rarely signed onto Bills before his caucus. Yet within days of our meeting, Senator Schumer stood with hemp farmers in New York State to announce his full support for the legislation, which was quickly followed by others.

Senator McConnell also took the bold step to also submit the complete language from S2667 as an Amendment to the Senate AG Committee Farm Bill. NHA went to work with the Senate AG Committee staff to gain support for this Amendment. When the language got to Committee, many of the Members, because of our efforts, spoke to the potential that hemp could bring to their farming communities. At the end of deliberations, with only a technical amendment added onto the hemp language, the committee voted 11-1 to move the Farm Bill to the Full Senate. On June 28, the full senate voted 89-11 in favor of the Farm Bill. Yet, the House Farm Bill Language differs from the Senate version, so there now is a conference process underway to reconcile those differences.

Our work is not done. We all need to continue to personally appeal to our congressional members to not only ask that the Hemp amendment remain in the reconciled conference report, but to remove the technical amendment that prohibits anyone with a prior drug felony from obtaining a license.

We also need to request that they pass the Farm Bill by the deadline of September 30, which is the date on which a new Farm Bill must be passed or, we fear, the 2014 Farm Bill will be extended until after the mid-term elections and the new Congressional Session. Should this become the reality, it will delay the writing of hemp regulations which will be necessary so to permit our first full 2019 national grow season. So I hope that you will receive our future national calls to action e-blasts with the importance that they will be delivered to you – as only your voices will count with your Congressional offices.

In the meantime, NHA will advance discussions with FDA and USDA so to close that 80-year gap to the best of our abilities, to respond to your questions to advance the rekindling of this crop and industry.

To our volunteers – thanks so much for the commitment of time, your personal funds and expertise. 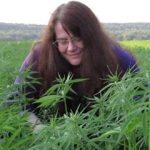 Finally, a big shout out to Erica McBride who has become a trusted voice of reason and assistance to our membership, legislators, the media and those from the general public who email or call into our offices for guidance and assistance. We know that the answers given are not always what you believe to be true or factual – yet we strive to tell you the facts as we know them – as we have learned from regulators who have provided us with a seat at the table and, the many stakeholder groups and national and regional farm associations that we have developed working groups and who we interact with on a nearly daily basis. A solid and dedicated resource, Erica has raised the NHA bar to what I know you expect from your Association. There was a mountain of issues that greeted her arrival and she is putting in the long hours to make sure you are receiving the service and relevant information you expect. I thank her for her passion, commitment and knowledge.

Please know we are working daily to advance this crop and industry in a methodical and strategic manner. The year ahead will no doubt be historical! And for confidence that you have put in me to lead NHA into the next phase, I thank you!