Source: DopeMagazine
Although industrial hemp is only permitted to be grown in a few areas within the United States, this variety of Cannabis sativa never ceases to amaze. Hemp’s many uses from food to paper to modern technologies such as hempcrete are just astounding. The most ground breaking of these though, is hemp “graphene.”

To explain, regular graphene is comprised of a two-dimensional, hexagonal honeycomb lattice layer of tightly packed carbon atoms, and is one of the strongest, lightest and most conductive compounds ever discovered. It is considered one of the best materials for supercapacitor electrodes. The term was also used in early descriptions of carbon nanotubes, and can be considered a type of nanotechnology. Many of graphene’s uses are in the area of energy storage; some uses that are under development include electronics, biological engineering, filtration and strong, lightweight composite materials. 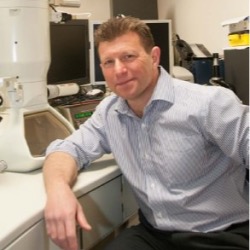 However, a scientist by the name of Dr. David Mitlin, from Clarkson University in New York, says he’s found a way to manufacture hemp waste into a material that appears to be better than graphene. Dr. Mitlin and his team were able to recycle leftover hemp-based fiber, cook it down and then dissolve it until carbon nanoseheets that resembled the structure of graphene were left behind. They proceeded to build these nanosheets into powerful energy-storing supercapacitors with high energy density, thus creating a hemp based “graphene.” Essentially, Mitlin’s team discovered a process for converting fibrous hemp waste into a unique graphene-like nanomaterial that many say outperforms graphene.

Creating this graphene-like hemp material costs only a fraction of regular graphene production. Graphene costs as much as $2,000 per gram to manufacture, while the hemp-based nanomaterial can be manufactured for less than $500 per ton. To give proper perspective, there are 907,185 grams in one ton. 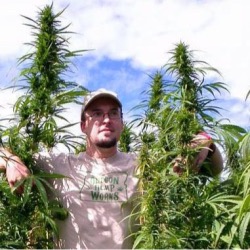 Hemp professionals and activists in Oregon and elsewhere are thrilled about this new technology and its potential for energy. Ben Christensen, owner of Oregon Hemp Works in Portland, said, “As a renewable energy major and hemp business owner, I find this very exciting. One of the bigger challenges with renewable energy is storage. I often find hemp being left out of the renewable energy conversation, but I feel you can’t really talk about renewable energy or sustainability unless hemp is being talked about as well. It also seems that when hemp is introduced as a replacement, it is just as good as what it’s replacing and even better in a lot of cases.”