Is Industrial Hemp The Ultimate Source Of Renewable Energy? 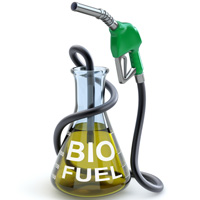 Is Industrial Hemp The Ultimate Source Of Renewable Energy?

Industrial hemp, or Cannabis Sativa, has properties that make it an attractive raw material for producing biodiesel, according to researchers from the University of Connecticut. The global push towards the use of sustainable energy sources to reduce the dependence on harmful fossil fuels has led to an increased amount of research into alternative energy sources, and industrial hemp has shown great potential to be one. Hemp has been used for thousands of years for food, medicine, textiles, paper, and other purposes around the world, and in the coming years, there’s a good chance that powering up homes and vehicles will be added to the list.
How hemp is converted into fuel

Hemp biodiesel is made using the oil extracted from crushed hemp seeds in a process known as transesterification. According to the UConn study, 97 percent of hemp oil was converted into biodiesel, which is a higher efficiency of conversion than any biodiesel currently on the market. The hemp biodiesel also passed all laboratory tests, and even showed properties that suggest it can be used at lower temperatures than any biodiesel. With more research and collaboration between different stakeholders in the global energy industry, it is not hard to imagine a world where hemp biodiesel will be used everywhere by vehicle owners and homeowners looking for a more sustainable source of energy. If all goes well, you will be able to find a gas station where you can buy hemp biodiesel even if you are stranded in the middle of nowhere, and it is safely transportable so can be included in a car’s emergency kit.

Why hemp makes an ideal biofuel

Almost every type of plant can be converted into biofuel, but what makes hemp a class above the rest is its ability to grow in infertile soils. The current major biodiesel plants include food crops like olives, peanuts, soybeans and rapeseed, all of which require fertile soils to grow. Using these plants as biofuel means that people would have to sacrifice fertile land for fuel production as opposed to food production, which makes it unsustainable. Hemp, on the other hand, can grow in unfertile land, leaving the high-quality land for food crops. Hemp also requires less energy, water, and fertilizer, making it one of the easiest plants to grow. Hemp is also resistant to drought, pests and soil erosion, which means it can survive in most parts of the world. The energy yield of hemp for biofuel production is similar or superior to most energy crops, which strengthens its competitive position against maize, sugar beets and other crops for solid biofuel production. With its high biomass yield and its ability to fit easily into existing crop rotations, hemp is expected to complement and exceed the other energy crops.
Although promising research shows the huge potential of hemp as an energy crop, It is up to governments and major stakeholders in the energy industry to do what needs to be done to ensure that people can drive hemp-powered cars and live in hemp-powered homes in the near future.