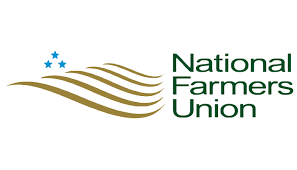 The National Farmers Union just provided us with their new letter of support for S 2667! NFU represents 200,000 family farmers, fishers and ranchers across the country. We are thrilled to have them add their voice.

Through our continuing out reach efforts NHA is proud to have received support letters from the National Association of State Departments of Agriculture (NASDA) in full support of the McConnell and Comer Hemp Bills!

The two most powerful Senators unite over hemp!

April 25th, NHA Chairman of the Board, Geoff Whaling and Executive Director, Erica McBride met with Senate Minority Leader Chuck Schumer in Washington, D.C. to urge him to sign on as a cosponsor to McConnell’s hemp bill. Schumer and his team listened and Friday May 4th he announced his full-fledged support!

Now we have the most powerful Republican in the Senate teaming up with the most powerful Democrat in the Senate. We have a good feeling about this but will continue to push and gain further support until we achieve the ultimate victory when the full-blown commercial cultivation of hemp is allowed on a national scale.