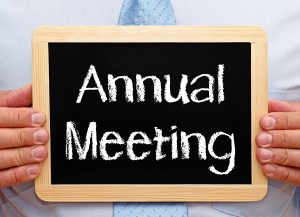 The Annual General Meeting of the National Hemp Association, the largest nonpartisan member based hemp advocacy group in the nation, was held today and included an agenda, themed around building trust, that presented a solid financial foundation for the organization that will allow it to address the pressing issues confronting the industry in both the short and long term.

During his remarks Whaling commented “One reason the NHA has gained its respect in Washington is all due to trust.  We have built relationships with Congress, the Administration and amongst important stakeholder groups who trust us to represent the industry as a non-partisan organization.  We are trusted because we are not pay to play, we are not full time lobbyists nor are we lobbyists trying to disguise ourselves as a non-partisan industry group”. 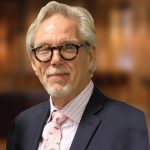 “Being respectful of how we invest and expend our member’s annual dues has not only allowed us to weather the challenges of COVID-19, but has allowed NHA to step up to fill the voids created by other organization’s mismanagement of their own funds”, said Geoff Whaling, Chair of the National Hemp Association.

Whaling highlighted the actions and accomplishment that NHA Board Members Christine Ianuzzi, Alex Seleznov and staff have undertaken, since its last AGM, on behalf of its membership to include: 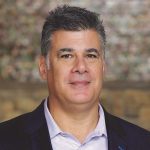 During the AGM, which had the largest number of attendees in NHA’s history, the Board of Directors introduced its newest appointed Board Member, Brett Davis, VP of New Holland Agriculture, head of one of the largest agricultural equipment manufacturers in the world.   In his remarks to attendees, Mr. Davis welcomed joining NHA’s Board and working to advance outreach and education about hemp to American farmers and industry.  Mr. Davis also spoke to the team that New Holland has assembled in house to research and work towards bringing forward new and modified equipment to address the specific needs of north American hemp growers. He too touched on the recently announced equipment discount offered exclusively to NHA members that could result in savings in the thousands of dollars. 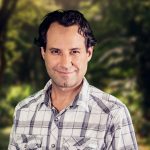 NHA Treasurer, Alex Seleznov, presented his report which highlighted the work that has gone into ensuring, over the last three years, that NHA has a 2-year cash reserve that would allow it to continue its operations and weather the challenges, including the contraction of membership due to COVID-19.  “The Organization has continued to increase both its revenues and cash reserves as 2019 was the Organization’s best fiscal year performance.  Our Net Income increased 472%, while we kept expenses to a minimum, relying on our Board and staff to undertake the important work of the organization”, said Seleznov. 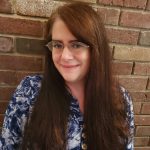 Executive Director Erica Stark, who was praised by the Board for her tireless efforts on behalf of the membership, reported of the work NHA has taken on of recent to support the members and to return trust to the industry.  Stark introduced a number of new initiatives adopted by the Board to include: 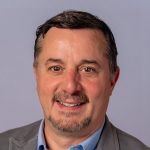 “Established to address the needs of the growing number of state and regional hemp organizations and, the recent decision by another to drop State Chapters, NHA created the Standing Committee for Hemp Organizations so to ensure that the issues identified on the ground can be addressed and worked upon by a larger group, one that also has a seat at the table in D.C.”, said Stark.    The organizations participating on the Standing Committee, who will also form working subcommittees, will not pay nor share their membership dues and will only be required to cover their own costs for attending meetings or events”, said Stark. “This Committee will be chaired by Joe Kirkpatrick, former HIA Board Member and leader with the Tennessee Hemp Industry.  He has brought together members representing all parts of the nation who are ready to get to work.” 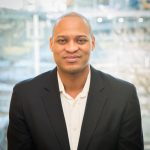 “The Standing Committee on Social Equity is an important next step in ensuring that, as our Chair has said in many of his presentations – that we must get it right”, commented Stark.  “Of the many initiatives of NHA, this is by far the most important.  We live in challenging times and we need to make sure that all voices and people have every opportunity to participate in establishing and building the hemp industry, here in the U.S. and around the globe”.  Chairing the Committee is Lehigh University researcher Dozier Mbonu, who has assembled a group that has already rolled up its sleeves to being developing scholarships and areas of priority. Assisting the committee will be NHA Deputy Executive Director Anna Chanthavongseng.

Both Whaling and Stark addressed the issues around two recent events that unfolded in D.C.  Whaling spoke to the presentation by NHA to the White House Office of Management and Budget on the yet to be released FDA Cannabidiol Enforcement  Policy; Draft Guidance for  Industry.  In its presentation NHA reminded OMB that this is an unprecedented matter, given that for the first time in our history, Federal legislation permitted States to introduce research on a new crop, with no Federal agency oversight and which allowed States to determine their own definition of “research”.  It was further presented that this has resulted in the five year growth of the hemp CBD market, one that could not easily be put back in the bottle.  NHA proposed to OMB that:

Provisions for OTC cannabidiol and other cannabinoid products 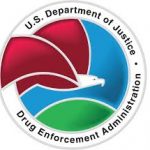 The recent DEA IFR on Hemp was also discussed with the Membership. Stark reported that she had received calls from lawyers, reporters and members across the nation, all trying to determine what this meant for the industry, particularly those who are processors. “Every single person I talked to was traumatized by it.  However, I asked them point blank, what is different today from last week?” she said.  As NHA sees it, the answer is nothing has changed. What the DEA spelled out in black and white has always been true, “and it’s always been a lapse in the regulations and the legislation”.  NHA is actively looking at what solutions we can come up with and is encouraging its members to get behind asking congressional members to extend the USDA sunset provision on the 2014 Farm Bill and reopen the public comment period so to encourage USDA to take back oversight of the hemp crop beyond cultivation to include processing.