Supporting the growth and development of all aspects of the industrial hemp industry. 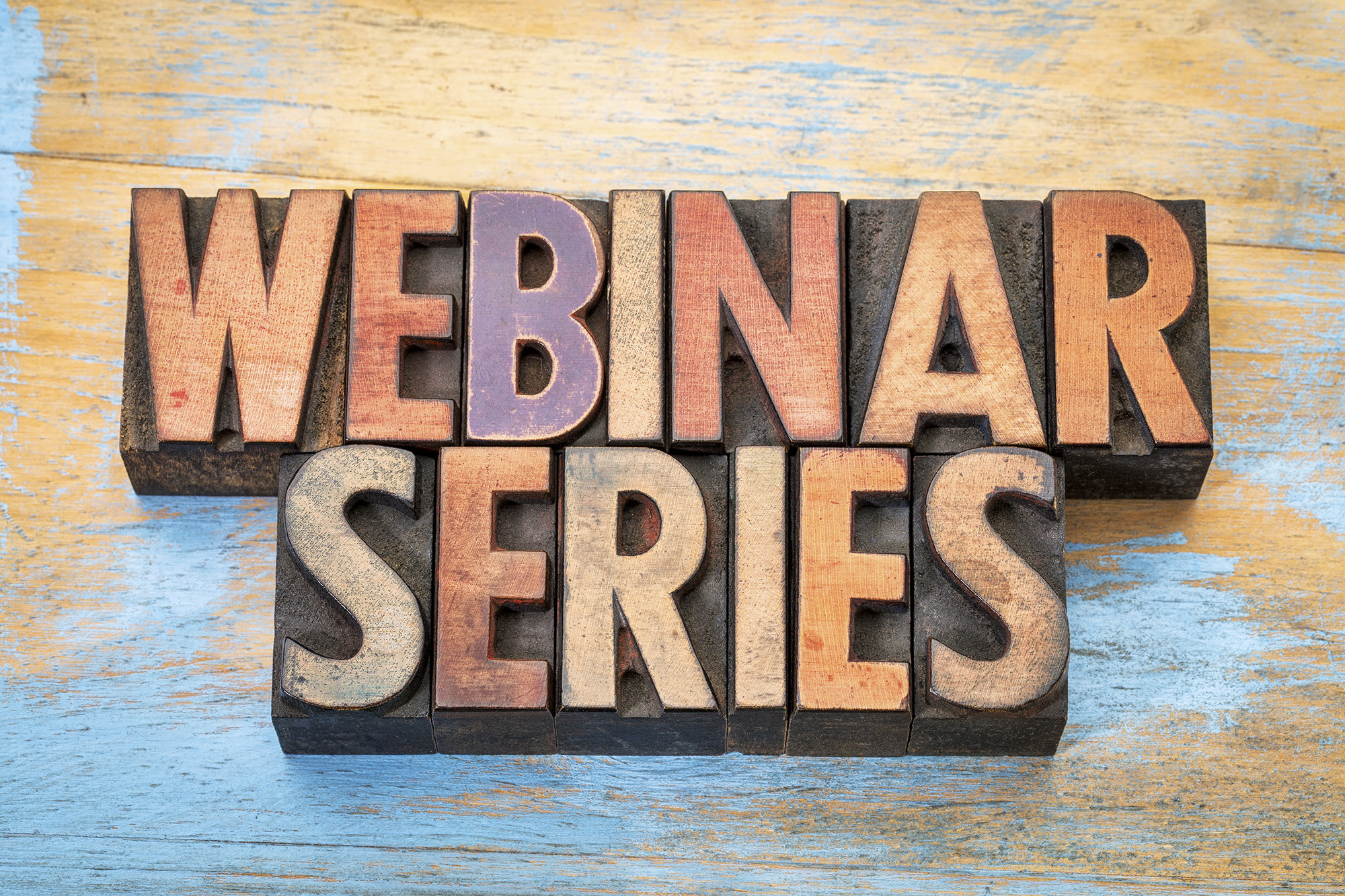 We are pleased to present this educational webinar series to our members! We’ve gathered experts to present you the information you need to know to get started in the industry. Topics include:

You must be logged in to view the full length videos but here is a taste!

NHA was honored to be invited to give testimony at the US Senate Ag Committee Hearing “Hemp Production and the 2018 Farm Bill” on July 25th, 2019. Video of NHA testimony below.

Panel Discussion with USDA – May 2019

Our membership includes farmers, entrepreneurs, processors, manufacturers, researchers, investors, organizations and businesses of all sizes who have entered the emerging hemp industry.

Volunteers receive a free individual membership, which gives access to the membership directory, resources for hemp legislation, state affiliate opportunities and more. Plus, stay connected with companies and experts that are already established in the industry.

The National Hemp Association is a non-profit organization. With your help, we can help fulfill our mission of supporting all aspects of the hemp industry, educating people about the uses for hemp, and making industrial hemp legal at the federal level.

Comprehensive list of all hemp news. Click one of the other sections if you only wish to see news related to a specific segment of the industry.

Check out the latest NHA specific news and updates.

Get the latest on where we stand with federal legislation. This is also where you’ll find article related to specific state’s legislation and programs.

News related to cultivation and harvesting of hemp.

News related to all things fiber and seed.

Where to Find Cheap CBD Oil

If you are one of the many people who are interested in medical marijuana as a treatment you are probably wondering where to find cheap CBD oil. Now that is legal in many states there are many websites selling it online. In other words, finding cheap CBD...

END_OF_DOCUMENT_TOKEN_TO_BE_REPLACED

Using Hemp As Part Of Your Sustainable Skincare Routine

Recent research has found that around 60-70% of women and 50-60% of men identify their skin as being sensitive. In a crowded skincare industry, hemp is making waves as a gentle, sustainable solution that suits many different skin types and has much to offer. While...

END_OF_DOCUMENT_TOKEN_TO_BE_REPLACED

Hemp: Our Solution To The Climate Change?

There's been so much buzz surrounding the topic of climate change lately, and recent protests across the globe have really brought the subject to the forefront. The signs of climate change are vast and include symptoms such as increased temperatures...

"PORTLAND, Ore. (AP) - Hemp growers and entrepreneurs who were joyous a year ago after U.S. lawmakers reclassified the plant as a legal agricultural crop now are worried their businesses could be crippled if federal policymakers move ahead with draft regulations.

Licenses for hemp cultivation topped a half-million acres (200,000 hectares) last year, more than 450% above 2018 levels, so there's intense interest in the rules the U.S. government is creating. Critical comments on the draft have poured in from hemp farmers, processors, retailers and state governments.

Growers are concerned the government wants to use a heavy hand that could result in many crops failing required tests and being destroyed. The U.S. Department of Agriculture, the agency writing the rules, estimates 20% of hemp lots would fail under the proposed regulations.

“Their business is to support farmers - and not punish farmers - and the rules as they're written right now punish farmers,” said Dove Oldham, who last year grew an acre (0.40 hectares) of hemp on her family farm in Grants Pass. “There's just a lot of confusion, and people are just looking for leadership.”

The USDA did not respond to the criticism but has taken the unusual step of extending the public comment period by a month, until Jan. 29. The agency told The Associated Press it will analyze information from this year's growing season before releasing its final rules, which would take effect in 2021.

Agricultural officials in states that run pilot hemp cultivation programs under an earlier federal provision are weighing in with formal letters to the USDA.

Hemp growers and entrepreneurs who were joyous a year ago after U.S. lawmakers reclassified the plant as a legal agricultural crop now are worried their businesses could be crippled if federal...
View on Facebook
·Share

as soon as someone digs deep enough, im sure they will find the corruption from the lobbyists of corporations that would rather not have hemp accepted as a widely used and extremely diverse commodity....we should try and wake up now

Not a good time to take anything to the Hill??

"Leading global equipment manufacturer New Holland has partnered with the National Hemp Association (NHA), the nation’s leading non-partisan hemp advocacy group. The partnership, announced today at the Pennsylvania Farm Show, plans to accelerate the return of hemp commodity crops on farms across North America, under the banner “Pushing Progress Together.”

The National Hemp Association will participate alongside New Holland at 16 national farm shows throughout North America, delivering educational sessions and panel discussions, as well as exhibiting the variety of products produced from hemp.

The alliance will also work toward solving the industry’s biggest challenge: the absence of commercial scale harvesting and decortication equipment needed to meet demand. In order to begin laying the foundation of an integrated North American hemp supply chain, the alliance will call on other industry partners to join a “Hemp Pledge” and commit to purchasing hemp grown and processed in the U.S. by U.S. farmers.

“We see this exclusive partnership as a way to bring the nation’s leading hemp advocates and educators to events where they can respond to the issues of most concern to farmers, manufacturers, processors and the general public”, says Brett Davis, vice president, New Holland, North America. “It will also provide New Holland with the opportunity to hear from our dealer network, our customers and the more than 115,000 farmers who are looking to New Holland to bring forward supply chain solutions.”

The National Hemp Association has also committed to creating and funding a new “Hemp Farmer Educational Fund” to assist farmers with agricultural, regulatory and production issues related to converting to hemp production.

“We know that the biggest challenge facing this crop and restricting its return is commercial scale harvesting and decortication equipment,” says NHA chair and PAHIC president Geoff Whaling. “Without that solution, all of the promise for hemp – for the food, feed, construction, automotive, energy and textile industry – will not be realized. Our partnership with New Holland Agriculture will be the beginning steps towards that end.”

“This Pennsylvania-rooted partnership is very big step to building the national supply chain,” says U.S. Sen. Judy Schwank of Pennsylvania, the leading proponent of industrial hemp legislation in the Pennsylvania Senate. “Together we need to provide any legislative fixes that are necessary as well as ensure the resources and tools are available to assist and help the industry move forward.”

This is equipment for fiber, not flowers, correct?

NHA has been working with the developers of this product all year and are proud to announce that the pilot program has been approved and hemp crop insurance will be available in select counties of 21 states in 2020!!

Education is the most powerful weapon which you can use to change the world. ~Nelson Mandela

Much work still needs to be done with the general public, farmers and our elected officials about the nutritional, industrial, environmental and medicinal benefits of hemp. As laws change, research is conducted and commercialization begins, sharing information will be vital to ensure the hemp industry thrives. NHA is committed to advancing this awareness and knowledge.

NHA’s main priority is the passage of comprehensive hemp legislation on a federal level. We also are here to help individual states with their hemp legislation. Stay tuned for important updates of how you can help pass HR3550, The 2017 Industrial Hemp Act!

Hemp has the potential to bring prosperity to many segments of our society. Not only will it be a new cash and rotational crop for farmers, the possibilities for manufacturing are virtuously endless. Not only can hemp make thousands of products, hemp can be used to makes thousands of products, better, stronger and more sustainable. Now is the time to start think about how hemp can be incorporated into your business plan. If you have an existing hemp business, an NHA business level membership is a great way to not only support our efforts but to promote your business tp thousands of hemp enthusiasts!

HEMP IS NOT MARIJUANA

One of the biggest misconceptions is believing that industrial hemp is the same thing as marijuana.
The two plants are the same species, but are more like first cousins and NOT identical twins.

“Hemp Can Save The Planet!”

Hemp is the most versatile plant on earth.
It can be used for food, medicine, biofuel, compostable plastics, building materials and more.
It is time for the full legalization of industrial hemp at the federal level.

Volunteer with the NHA

There is a lot of work to be done and we can use your help. Contact us today to see how you can make a difference. 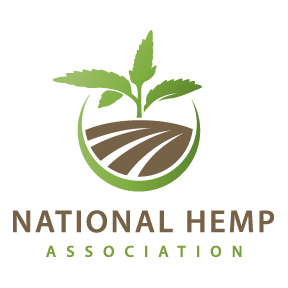 It is important to contact your senators and representatives and let them know you support the legalization of hemp.