The following is the perspective of the Chair of the NHA Standing Committee for Social Equity, Calvin Frye. While NHA strives to be non-partisan, in the case of social equity, some controversial conversations cannot and should not be avoided. 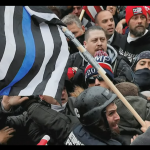 Let me set the scene…… January 6, 2021, the nation’s capital is under siege by a band of white supremacist insurrectionists. All the news stations are covering it and America is in shock. Racial divisions are at an all time high due to the actions of the previous president and the hope envisioned by the president that he succeeded seems like a far distant memory.

Seems like a storyline out of one of the Purge movies, but it’s actual real life in the United States of America. Despite all the ugliness and a total climax of a nation’s history, as a black man from Mississippi, I see America finally waking up and having to deal with its ugly history. Despite all the Kumbaya moments that the Obama administration brought, being that he was America’s first recognized black president, he won by a landslide and all the hopes and dreams of a nation seemed to have come true. 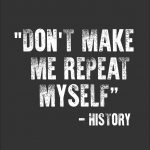 As a student of actual history, not this white washed version that we are taught in the history classes, I knew we were in for one last uprising of the confederacy and white supremacist mentality that this country was founded on. Though I was surprised that Trump actually won back in 2016, I knew it was possible. The powers that be that control the media and what you see somehow convinced the Democratic Party to split between its two most powerful candidates, Hillary and Bernie. That may have been the crack that the opposing political party needed to slide in it’s candidate. I remember when my brother called me in total shock and fear of what we as a people allowed to happen in the electing of Trump as president, I was in a complete state of calmness and I realized at that moment that this is exactly what needed to happen. I believed that all the Kumbaya moments and all the talk of racism is dead and feminism lives, would come back to haunt everyone because at no time in the past several decades had I seen that America had dealt with its true history. Because of Trump’s campaign messages and strategies that were put out there for the world to see I knew that once he was in the office of the president we were in for a reawakening.

Four years later, when all the smoke had cleared, a broken economy, two successful impeachment’s, a full on pandemic and basically world shame and embarrassment, we would be exposed as a country for not ever confronting its true history. 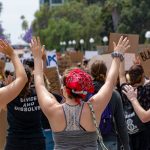 In spite of everything that I have just pointed out, through all the hateful rhetoric, through all the police brutality, the George Floyd murder and everything in between, I am hopeful. For the first time in my life I had finally seen the young generation with the help of cell phone cameras and social media expose Americas biggest flaw for what it is. Most of the protests and marches around the country as well as the world were comprised of everybody. Ironically, most of the protest in America, even Black Lives Matters protest were filled with young to middle-aged white people. We had the regular mixing of black and brown but this was one of the first times that I saw my white brothers and sisters in full force and in full defiance on mostly every social media feed that was available. For those who have faith in whatever religion you have, there is always a saying or a scripture or some type of quote that lets you know that nothing stays the same and the truth will always set you free.

So as I finish this thought in the middle of the January 6 committee investigations, the pandemic finally getting under control thanks to the hard work of all nations getting vaccines out and just the overall civility that has been brought back to the presidency – I am hopeful. 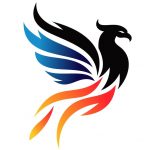 I am even positive that the actual spirit, not the laws, not the constitution, but the actual spirit of what America was founded on is finally rising and that the spirit will apply to all of its citizens no matter what race, color, gender or creed. I believe we are at that final turning point in America’s history where the spirit of what the founding fathers were searching for will finally rise from the ashes and apply to all of its citizens.

As a leader on a committee that stands for social equity, I believe that we are in a position as a committee to be very inclusive to everybody. No matter if you’re black, brown, white, male, female, straight or gay, our committee is committed to including everyone in this hemp industry and to give opportunities and education to everyone. 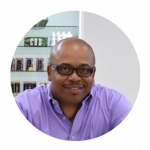 Scientist, activist, entrepreneur, and Pre-ICO license holder Calvin Frye has 14 years of experience as a dispensary owner and Medical Marijuana (MMJ) industry consultant. Mr. Frye was recently awarded, as part-owner, one of the highly sought-after West Hollywood edible consumption lounge licenses. Mr. Frye has held several key positions in the Biotech industry for major companies like Xoma, Amgen, and Baxter Biosciences, advancing his career from Research Associate to Associate Scientist. Mr. Frye has more than a decade of experience in the cannabis industry, working alongside some of the founders of the MMJ industry (Dennis Peron and Richard Eastman) as well as many of the industry pioneering groups in Los Angeles (Americans For Safe Access and Norml).

Mr. Frye has one of the oldest Pre-ICO licenses in Los Angeles and is one of the first dispensary owners in the entire country. He has been pivotal in the progression of the cannabis movement throughout the United States. As an activist, Mr. Frye travels all over the United States to help shape and pass current MMJ legislation. He has appeared in numerous documentaries and television shows and has been featured in many magazines as one of the premier voices in cannabis. Nationally, Mr. Frye has been the featured speaker at many conferences including the World Congress Cannabis Expo, Blunt Talks, and in the months ahead, MJ Biz. Mr. Frye has first-hand knowledge of the regulatory issues affecting the cannabis industry through his extensive work with local LA government bodies and agencies. Currently, he is participating in the sponsored mentorship program that oversees and teaches social equity program owners how to operate and run a successful dispensary for the City of Los Angeles. Mr. Frye has also branded his line of cannabis genetics and trademarked the name “Cloneville” which he has attached to his genetics. In 2009, Mr. Frye consulted in the hydroponics industry where he gained extensive knowledge in the actual growing, set up, and production of cannabis. Mr. Frye also owns Frye Consulting and Management Group, a full-service firm that provides consulting services from startup to full-scale production, including regulatory expertise. Mr. Frye earned his Bachelor of Science degree from the University of Iowa (Big Ten Conference) in Science Education. He also attended graduate college with an emphasis in General Science.